share:
In 2019, in the performance of its disclosure obligations, PGNiG published 60 current reports, including disclosures on the acquisition of hydrocarbon deposits, execution of trade contracts, proceedings, changes in the Company’s ratings, as well as operating and financial performance.

The Company held four teleconferences for analysts and investors and press conferences in connection with the publication of its periodic reports. It also prepared an integrated report for 2018, presenting a wealth of information on the oil and gas market and the PGNiG Group growth initiatives. In 2019, the PGNiG Group’s representatives held close to 80 meetings with investors and analysts of brokerage houses, including at foreign conferences in London, Paris and Prague, as well as in Kraków and Warsaw.

In October 2019, the PGNiG Group received the main award in the Best Annual Report 2018 competition, and a distinction for the best application of International Financial Reporting Standards/International Accounting Standards and the usefulness of its full-year report, in the corporate category (the evaluation covered full-year reports, including consolidated financial statements, Directors’ Reports, and the 2018 integrated online report). The competition was organised by the Institute of Accountancy and Taxes.

The PGNiG Group again ranked among the most transparent companies of the WIG20 index in the Transparent Company 2018 ranking compiled by the Institute of Accountancy and Taxes and the Parkiet newspaper. The Group was highly rated not only for its reports, including financial reports, and investor relations, but also for its corporate governance. Likewise, PGNiG’s investor relations received the maximum rating in the IR Excellence Programme organised by the Warsaw Stock Exchange. 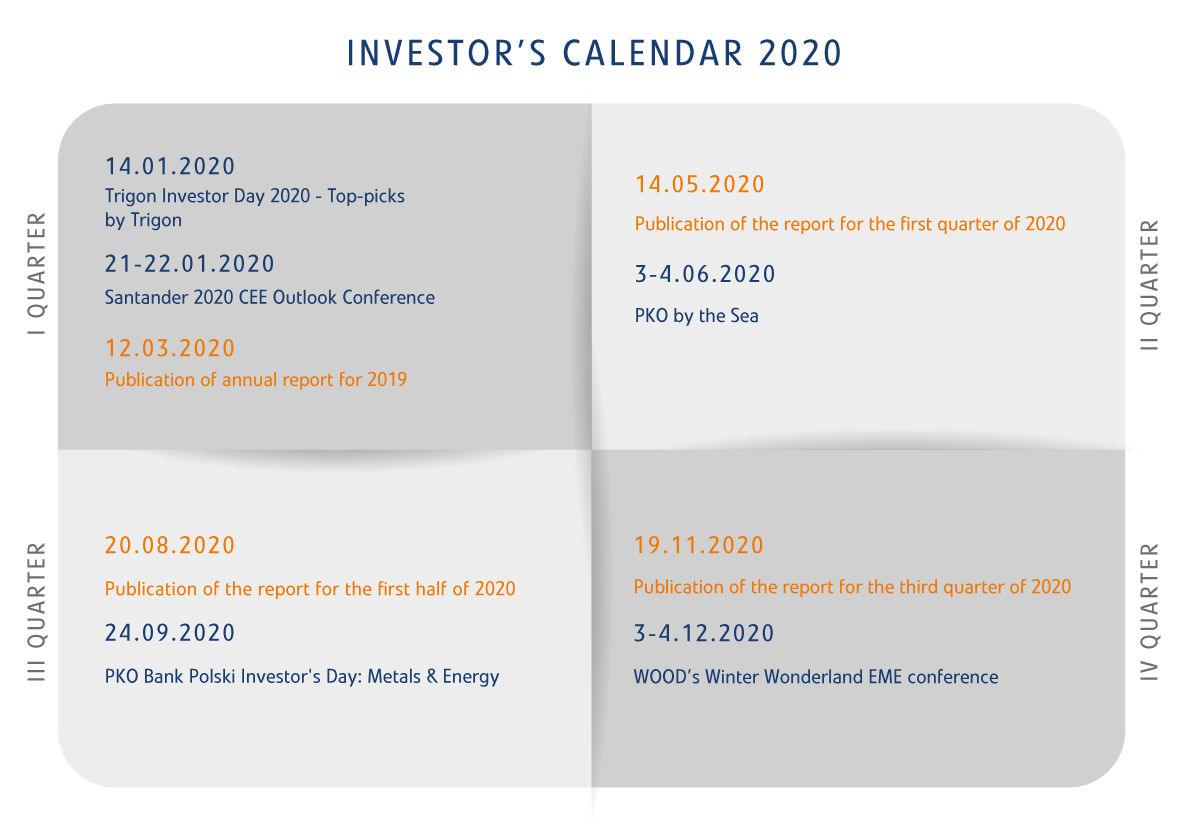