Jerzy Kwieciński – President of the PGNiG Management Board 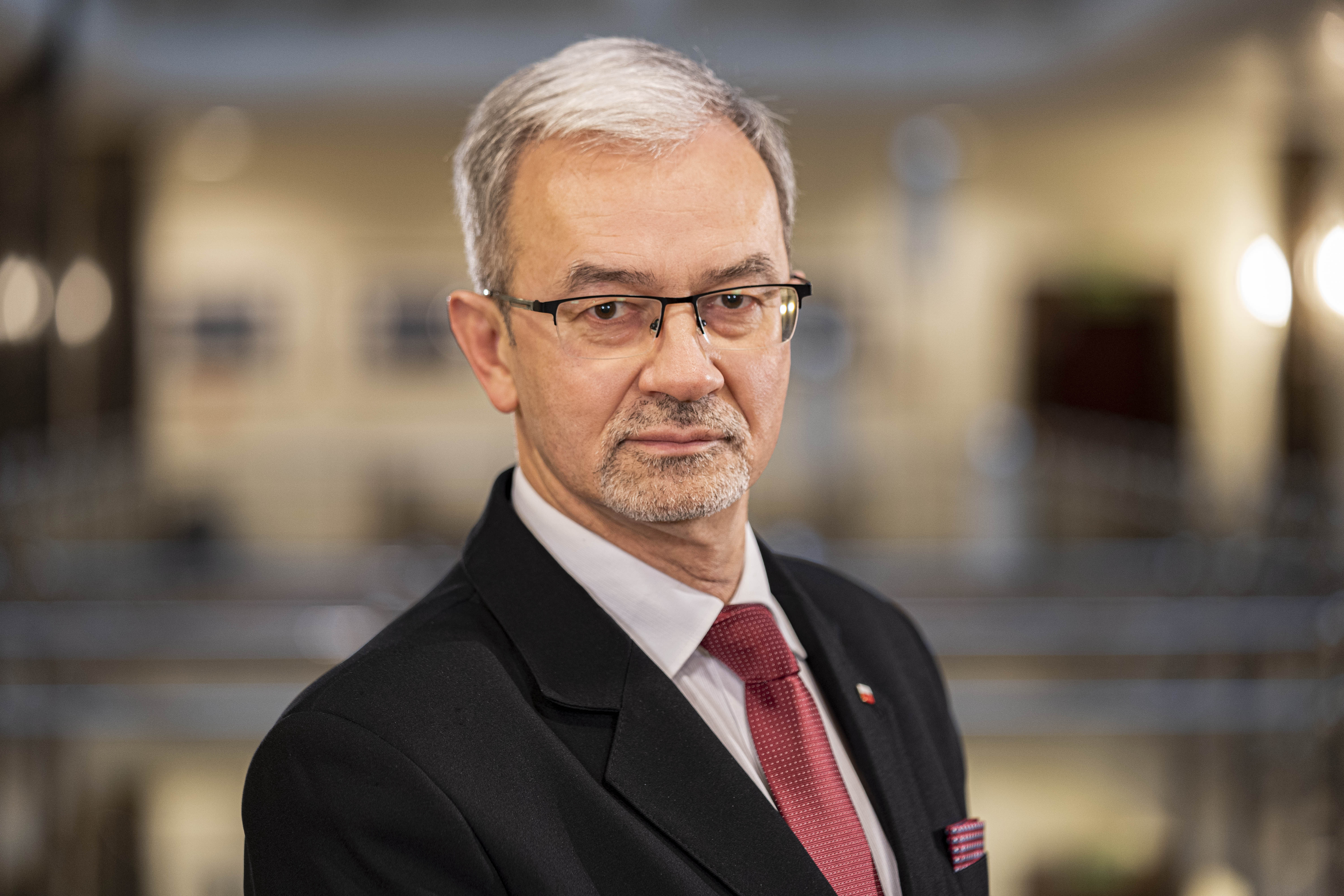 Jerzy Kwieciński graduated from the Faculty of Materials Engineering of the Warsaw University of Technology and holds a doctoral degree in Technical Science. He also completed a postgraduate course for managers at the Warsaw School of Economics and an international Master of Business Administration programme at the University of Antwerp, the University of Staffordshire, the Free University of Brussels and the University of Warsaw. Jerzy Kwieciński has experience in academic work and research and development activities, gained at the Warsaw University of Technology and as a visiting professor at Brunel University of West London.
Mr Kwieciński has more than 30 years of international experience in strategic planning, management of large organisations, programmes and projects in the public, private, non-governmental and scientific research sectors, including the energy industry.
In 1993–2004, he was employed with the European Commission Representation Office in Poland, where he managed programmes and projects financed by the European Union and participated in the preparation of Poland for EU membership. In 2004–2005, he was President of Europejskie Centrum Przedsiębiorczości Sp. z o.o., and in 2008–2015 served as Vice President of its Management Board. In 2005, Mr Kwieciński became Undersecretary of State at the Ministry of Regional Development headed by Minister Grażyna Gęsicka, where he coordinated the national development policy and cohesion policy, as well as the work on the National Development Strategy for 2007–2015 and the National Cohesion Strategy for 2007–2013. In 2008–2015, he served as President of the Management Board of JP Capital Group Sp. z o.o., which specialises in the preparation and implementation of projects and innovations, including formation and operation of start-ups. At that time, he also ran the European Entrepreneurship Centre Foundation. In 2015, Mr Kwieciński was appointed Secretary of State at the Ministry of Development.
Since 2015, he has been a member of the National Development Council established by President Andrzej Duda. In November 2015, he was appointed First Deputy of Deputy Prime Minister Mateusz Morawiecki at the Ministry of Development in the government led by Prime Minister Beata Szydło. From January 2018, he was Minister of Investments and Development in the government of Prime Minister Mateusz Morawiecki, and from September 2019 he also served as Minister of Finance; he held the two posts until November 15th 2019. He was involved in the preparation and implementation of the Sustainable Development Strategy adopted by the Polish government and implementation of the cohesion policy.

President of the Management Board: 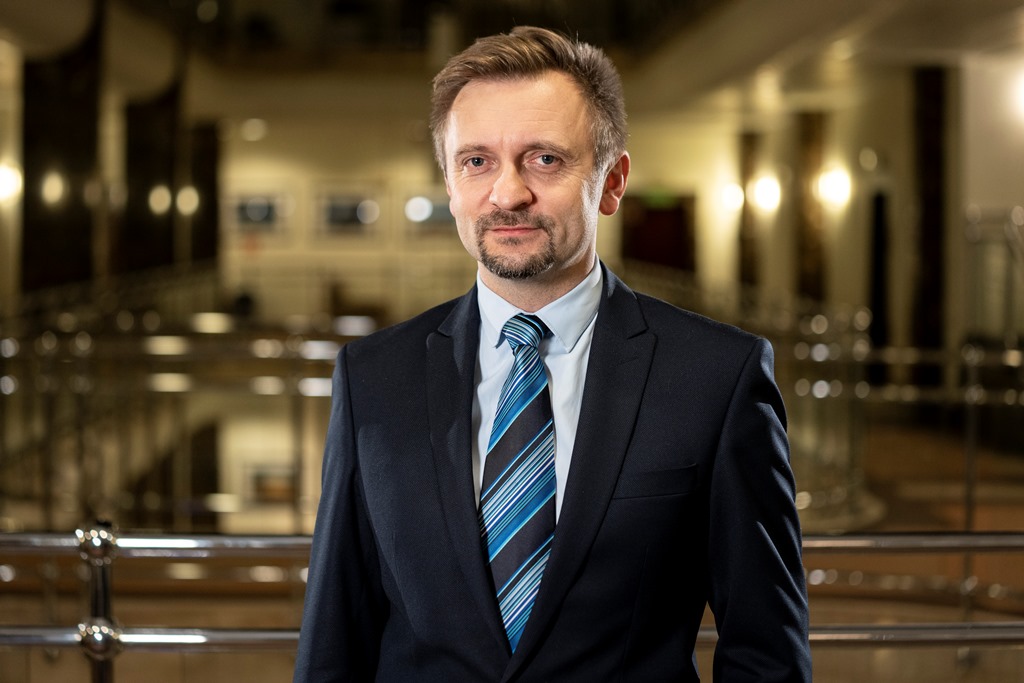 Robert Perkowski is an economist (PhD in Economics) and member of the local government. He completed a post-graduate course in Management Analytics at Instytut Organizacji i Zarządzania w Przemyśle ORGMASZ (ORGMASZ Institute of Industry Organisation and Management), where he also completed International Doctoral Studies. His PhD programme was opened and conducted at the Institute of Economics of the Polish Academy of Sciences. He also completed a full-time MA programme at Independent University of Business and Public Administration in Warsaw, majoring in Marketing and Management, and in Finance and Banking. He has written more than a dozen research articles.
Mr Perkowski started his professional career in 2001 as an intern at the financial department of Dacon Corp. LTD at Queen’s University in Canada. In 2002, he started working at the Ministry of Justice, where he was responsible for preparing draft financial plans for the Prison Service’ salaries and wages. In 2006–2018, he was Mayor of the town of Ząbki. He also served as President of the Polish Local Governments Association (Związek Samorządów Polskich), in which he provided training services, and was a member of municipality and county councils.
On March 14th 2019, the Supervisory Board resolved to appoint Robert Perkowski as Vice President of the PGNiG Management Board for Operations.

Vice President for Operations supervises and coordinates the Company’s functioning, including with respect to: 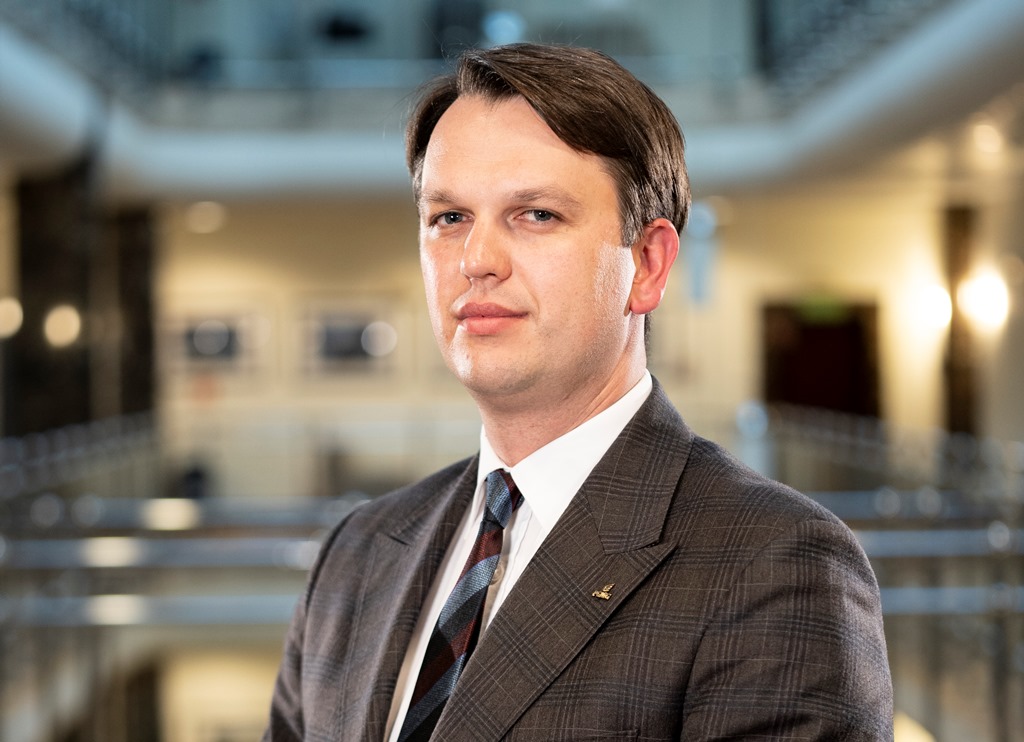 Arkadiusz Sekściński holds a PhD in social sciences (political science) from the University of Warsaw. He was the organiser of the Internal Security study programme focusing on Energy Security, and a lecturer in such subjects as “Poland’s Energy Policy”, “Energy Policies of Contemporary Countries”, “Renewable Energy Sources” and “Planning and Financing Investment Projects in the Energy Sector”. Author of research articles in Polish and English. He is now attending an MBA Energy programme at Lazarski University.
He held a scholarship from the Foundation for the Development of the Education System (University of Bergen, Norway), the Leonardo da Vinci Programme (the Białystok Province Regional Office, Brussels, Belgium), the Socrates – Erasmus Programme (Kapodistrian University of Athens, Greece).
Mr Sekściński started his professional career in the energy sector in 2007, working as a consultant in companies providing advisory services to businesses operating in the heat and power sector. From 2011, he served as director and member of the Management Board of the Polish Wind Energy Association. In 2016, he joined PGE Energia Odnawialna S.A. where, as Vice President and acting President of the Management Board, he supervised investment projects, innovation, operation of generation assets, communication, human resources and security. He served as president of special purpose vehicles responsible for the construction of onshore wind farms and development of wind farm projects in the Baltic Sea. He was also Head of the Photovoltaic Development Programme at the PGE Group.
Arkadiusz Sekściński is employed at University of Warsaw as assistant professor.

Vice President for Development supervises and coordinates the Company’s operations with respect to: 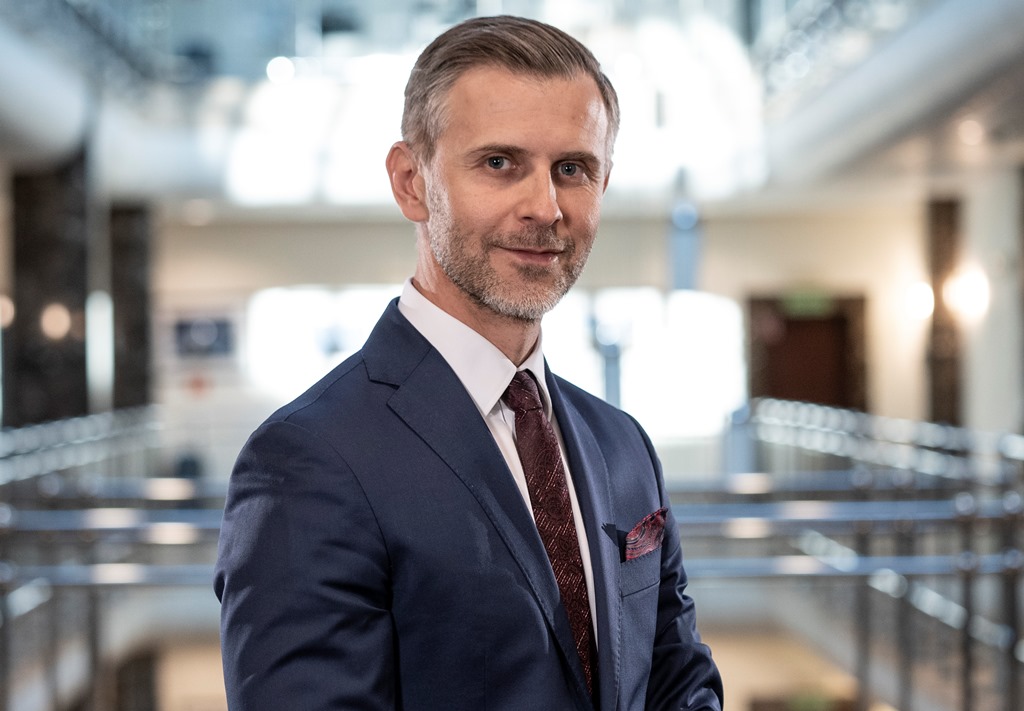 Przemysław Wacławski is a graduate of the Faculty of Management of the AGH University of Science and Technology in Kraków. Currently, he is taking the international FLEX Executive MBA course at MIP Politecnico di Milano in Italy, specialising in Digital Transformation.
In 2002–2006, he worked for Ernst & Young Audit, where he was engaged in such areas as financial auditing and due diligence processes. Between June 2006 and September 2010, he served as Head of Controlling Department and Head of Investment and Sales for the Balkan Market at Tele-Fonika Kable S.A. From October 2010, he was Member of the Management Board for Finance, and from February 2011 to May 2013 – President of the Management Board of TF Kable Fabrika Kablova Zajecar d.o.o. of Serbia. Between February 2013 and September 2018, Mr Wacławski served as Head of the Controlling Department at Tele-Fonika Kable S.A. During that period, he also sat on the Management Boards of the Tele-Fonika Kable Group’s foreign companies.
In October 2018, he was appointed Member of the Management Board for Finance at Unipetrol a.s., where he was in charge of the finance, supply chain management and IT divisions. He also supervised the Unipetrol Group’s finance division.

Vice President for Finance supervises and coordinates such areas of the Company’s operations as: 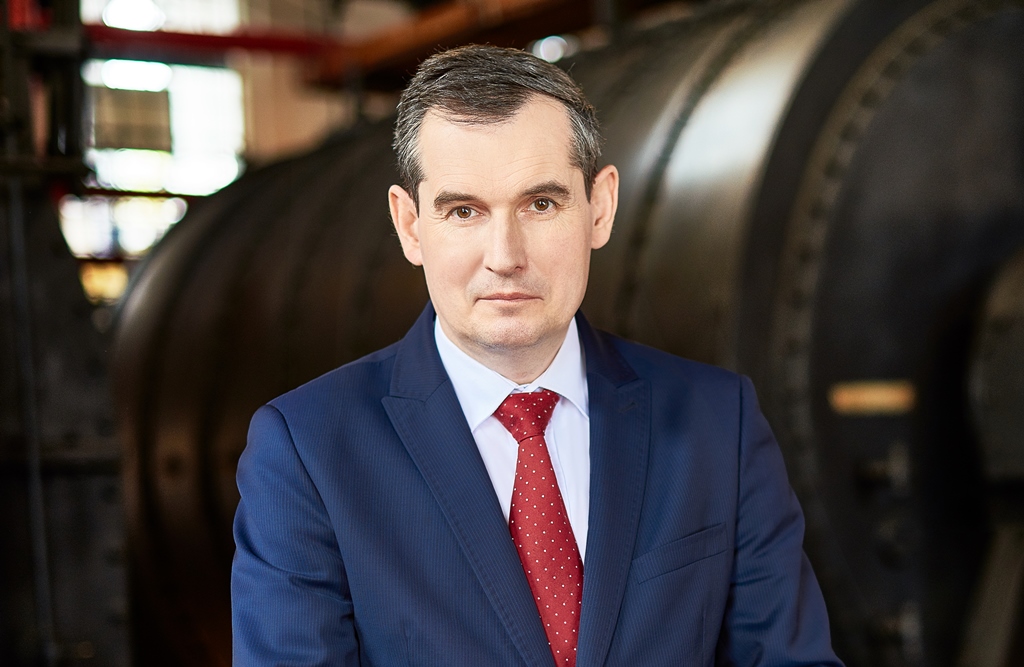 Jarosław Wróbel completed MA studies and a postgraduate doctoral course at the University of Economics in Katowice. He also completed a postgraduate course at the Faculty of Electrical Engineering of the Warsaw University of Technology as well as an Executive MBA programme (University of Gdańsk and RMS Erasmus University) and a Post-MBA programme (University of Gdańsk and Swiss Business School).
With the energy sector since 1992. From 1993 to 1999, he worked for Elektrociepłownia Będzin S.A., where he was responsible for the development and implementation of a restructuring programme as well as for the preparation and execution of the first capital privatisation in the Polish power industry via the Warsaw Stock Exchange (‘IPO of the Year 1998’ award).
With PGNIG since 2002. In 2003−2013, he served as Vice President for Economic Matters at Górnośląska Spółka Gazownictwa Sp. z o.o. Author and sponsor of the programme to implement an integrated platform for process support based on ERP and CIS solutions at Górnośląska Spółka Gazownictwa Sp. z o.o. Then he carried out projects for fuel and power sector companies as well as for IT companies. One of the creators of the IT/OT model for the PGNiG Group.
Between January 8th and March 1st 2016, Mr Wróbel served as Member of the Management Board of Polska Spółka Gazownictwa Sp. z o.o., and from March 2nd 2016 to February 16th 2018 – as President of the company’s Management Board. Under his leadership, the Company developed and implemented a strategic package of changes for the Polish gas distribution industry for 2016–2022, and won the Polish Quality Award in the category of large economic organisations in 2017.
In the period from April 17th 2018 to January 9th 2020, Mr Wróbel was President of the Management Board of ORLEN Południe S.A. One of the creators and sponsor of the programme to construct a modern biorefinery at ORLEN Południe S.A., based on the Trzebinia and Jedlicze refineries, serving as a competence centre in biocomponents and biofuels for the ORLEN Group.

The Vice President of the Management Board supervises and coordinates such areas of the Company’s operations as:

Magdalena Zegarska – Vice President of the Management Board 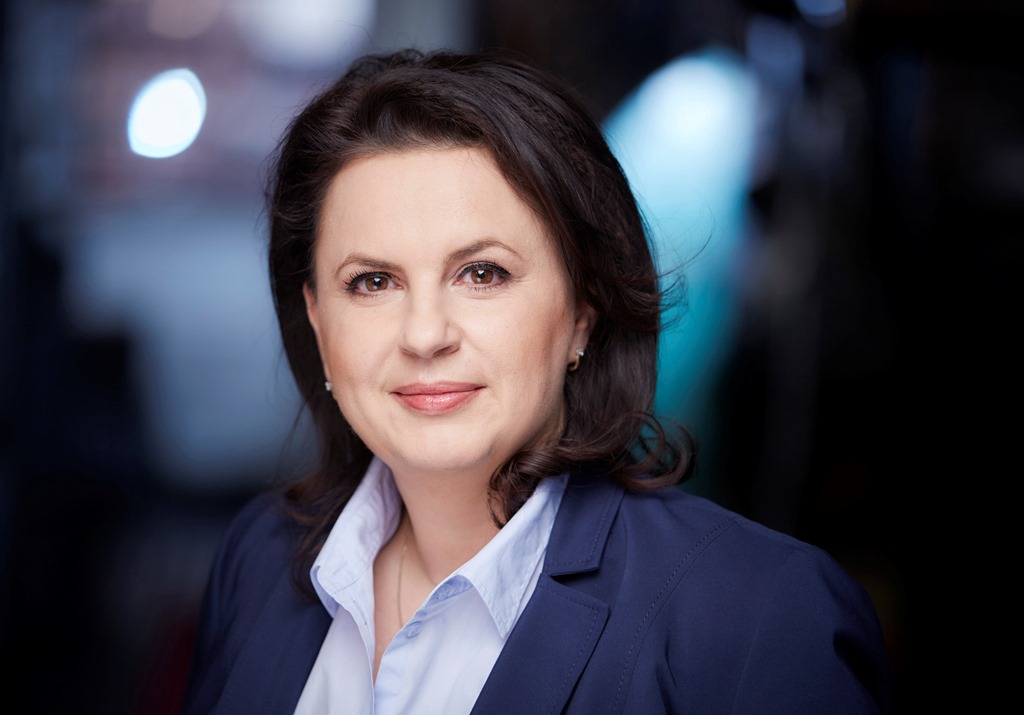 Magdalena Zegarska graduated from the University of Environmental Sciences in Radom. She completed an MBA oil and gas course and holds a certificate of completion of studies in Management of Large Enterprises from the School of Management and Marketing of the Business Initiatives Association in Warsaw. She took numerous training programmes and courses in psychology of team management, as well as a course for supervisory board members, completed with a passed exam before the State Treasury Commission. From 2011 to 2014, she was Secretary of the Employee Council of the second term of office, and from 2010 to 2014 – Secretary of the Coordination Committee of the NSZZ Solidarność trade union at PGNiG. In 2014−2017, she served as Member of the PGNiG Supervisory Board, the Supervisory Board Secretary and Deputy Chair of the Audit Committee. She joined PGNiG in 1998 as an employee of Mazowiecka Spółka Gazownictwa and then worked at the Mazovian Trading Division. From 2013, she held various positions at the Retail Trading Department, Infrastructure Department and Asset and Administration Department of the PGNiG Head Office. At the Asset and Administration Department she was Deputy Director. Since January 2016, she has been Representative of the PGNiG Management Board for the Quality, Health, Safety and Environment (QHSE) Management System. From April 2016 to March 2017, she served as Deputy Director of the QHSE Department, delegated to direct the work of the Department. She has received honorary awards for outstanding service to the Oil Mining and Gas Sector and the Mazovian Trading Division. She holds the title of Grade III Mining Director and Grade II Mining Director.
On February 27th 2020, she was appointed by the Supervisory Board as Vice President of the Management Board.

Vice President of the Management Board elected by Company employees supervises and coordinates the Company’s operations with respect to:

Composition of the Management Board as at January 1st 2019:

Composition of the Management Board as at December 31st 2019:

Following expiry of the fifth joint term of office of the PGNIG Management Board on December 31st 2019m, on January 9th 2020 the Supervisory Board removed the following persons from the Management Board: