LETTER FROM THE PRESIDENT OF THE MANAGEMENT BOARD 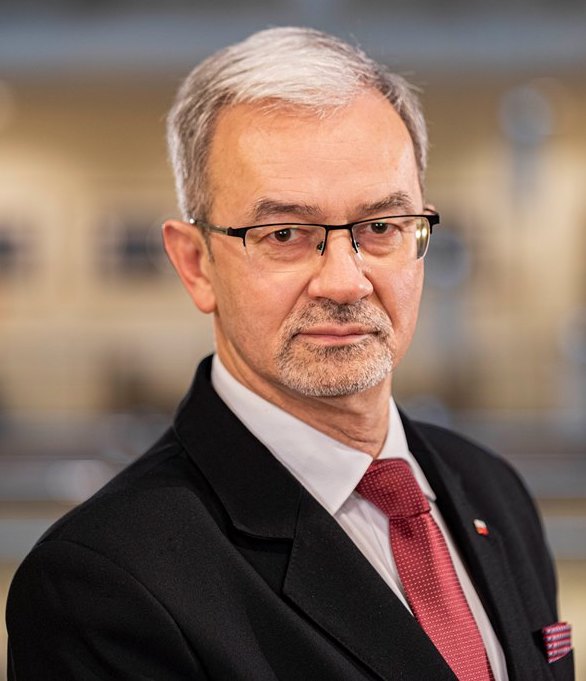 I have the pleasure to invite you to read the Integrated Report of the PGNiG Group for 2019. The past year was a time of consistent efforts to implement our strategy for 2017–2022, which we are pleased with, and it marked a turning point for the Group and for Poland’s energy security.

The Group delivered 2019 EBITDAear­nings be­fo­re in­te­rest, ta­xes, de­pre­cia­tion and amor­ti­za­tion of PLN 5.5bn, despite the challenging commodity market conditions affecting directly our financial performance. We reported the highest full-year revenue ever, in excess of PLN 42bn. In terms of market capitalisation, as at the end of 2019 PGNiG SA was one of the largest companies listed on the Warsaw Stock Exchange.

A landmark event in 2019 was a notice of intent not to renew the Yamal contract, which we sent to Gazprom in November. It is a natural continuation and key element of our strategy to consistently reduce reliance on natural gas from sources east of Poland. We are securing gas supplies in Poland by investing in own production assets at home and abroad. The diversification process also involves extensive efforts in the area of LNG. We stepped up LNG imports in 2019, with 3.4bn cubic metres of liquefied natural gas brought to Poland, over one-fourth more than the year before. The number of LNG deliveries to Poland, and thus the LNG import volumes are steadily growing. This year, we are continuing the process of building PGNiG’s capabilities and position as a major global player in this market.

2019 brought us a number of major achievements in the Exploration and Production segment. We discovered oil and gas in the Shrek prospect on the Norwegian Continental Shelf, with preliminary estimates putting its gas reserves at approximately 19 to 38 million barrels of oil equivalent. Also, PGNiG Upstream Norway acquired new licences in Norway. Oil and gas exploration activities on the Norwegian Continental Shelf remain a critical pillar of the strategy to diversify gas supplies to Poland, as it is that area that will be the source of gas to be transported to Poland via the Baltic Pipe, now under construction. An important event at home was confirmation that the Przemyśl field holds larger reserves than previously estimated. In the coming years, we will focus on developing these and other projects designed to maximise own production in Poland and abroad. To this end, we will put into use state-of-the-art digital tools that will optimise our extraction activities and improve operating performance in this respect.

In the Distribution segment, we continued connecting new customers to the gas network, with almost 150 communes and municipalities connected by the end of 2019 under the Programme for Accelerating Investment in Poland’s Gas Network implemented by Polska Spółka Gazownictwa. We launched new LNG regasification stations in order to provide access to natural gas to the broadest possible spectrum of business and retail customers. We seek to exploit our potential in this area and expand our reach in smaller communities across Poland, including through an off-grid network based on LNG. We want more than 90% of the Polish population to have access to the gas network in the near future.

A major event in the Generation segment was the completion of construction of a peak-load boiler house and a gas station at the Żerań CHP plant, which are part of a wider project to build a new CCGT unit at the plant. The project is of strategic importance to the city of Warsaw, Poland and PGNiG TERMIKA alike. It will contribute to improving energy security and living comfort for the city residents by reducing pollutant emissions, and at the same time will increase the use of natural gas. We have begun preparations for the transaction to acquire the heating assets of Tauron Ciepło, in a step towards our objective of assuming the leading role in the integration of the heating market in Poland. We intend to explore various investment options for further acquisitions in the heat and power sectors.

In 2020, we are persistently pursuing our strategy of strengthening Poland’s energy security by continuing to diversify our gas supply sources and expanding the oil and gas exploration and production business. A key challenge is to take a series of initiatives designed to build the value of PGNIG SA in any conditions, including an unfavourable macroeconomic environment. An important factor here is the favourable judgment issued by the Stockholm Court of Arbitration on March 30th 2020. The price formula under the Yamal contract was changed and largely linked to price levels prevailing on the European markets, which is what we had sought, and Gazprom has paid us USD 1.5bn as a return of overpayments in the period covered by the dispute.

We aspire to become an active participant in Poland’s transition to low-carbon economy. We are confident that natural gas has a central role to play in the energy transition process. We want to support government activities in this area, particularly those driven by the climate policy commitments. Advancing green energy is consistent with the strategies of many global energy companies, which embark on environmentally friendly projects with a view to reducing emissions. We are fully aware the energy transition will be a major challenge for the central government, local governments and local communities.

We have recently engaged in the ‘Clean Air’ programme designed to subsidise replacement of old heating equipment with gas-fuelled heating systems, which will contribute to reducing emissions of dust and other pollutants from single-family houses and will help us acquire new retail customers.

We want to develop technologies of tomorrow, as this will not only give us a competitive advantage in an era when sustainable economic development is gaining prominence, but will also pave the way for our more active involvement in the energy transformation of Poland’s economy. To this end, in 2020 we initiated a process to build a new operating segment – renewable energy sources (RES), based on the development of solar photovoltaics and wind energy areas. At the same time, we are considering the possibilities of engaging in biogas business and expanding our gas product portfolio. We are also looking closely at hydrogen technologies and rolling out a comprehensive research and implementation programme involving ‘green’ hydrogen production based on renewables, construction of a research hydrogen refuelling station, testing of hydrogen storage methods and the introduction of a natural gas and hydrogen mixture into the network, and expansion of the testing capabilities of our laboratory.

Our list of priorities is being extended in an update to the PGNiG Group Strategy, which will be unveiled later this year. I am confident the revised Strategy will drive an even more rapid growth and help us better harness the Group’s potential for the benefit of all stakeholders.

I would like to thank all Management and Supervisory Board members and the entire Team for their hard work. It has yielded very satisfying results. Despite the uncertainties we are facing in connection with the coronavirus pandemic, we are all rising up to the challenges and, thanks to our joint commitment, we are coming away unscathed from the crisis.

Yours faithfully,
Jerzy Kwieciński
President of the Management Board of PGNIG SA

Information about the Report