LETTER FROM THE CHAIRMAN OF THE SUPERVISORY BOARD 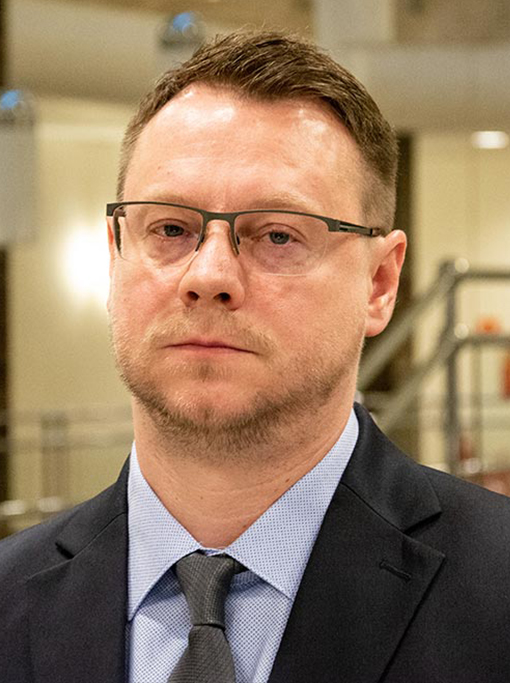 The year 2019 was undoubtedly a test for most oil and gas industry players considering the extremely challenging macroeconomic conditions that prevailed in commodity markets. The supply glut in global gas markets drove steep declines in gas prices, affecting profitability of extraction operations. In the case of oil, the average annual price declines were not as deep but from the PGNiG Group’s perspective this was not helpful either, as it meant high cost of gas imported from Russia at prices calculated based on the formula set in the contract with Gazprom, which had yet to be revised at the time.

In the context of the extremely demanding macro factors seen in 2019, I can confidently say the PGNiG Group rose to the challenge, delivering very solid EBITDAear­nings be­fo­re in­te­rest, ta­xes, de­pre­cia­tion and amor­ti­za­tion of PLN 5.5bn despite the headwinds.

The adverse market factors did not prevent further effective implementation of the strategy adopted for 2017–2022: new fields were acquired on the Norwegian Continental Shelf to enable Norwegian gas to be carried to Poland via the Baltic Pipe in the future; an annex was signed with Venture Global Plaquemines LNG, increasing diversification of the gas imports portfolio; the scope of capital projects was significantly expanded in the distribution segment; and much progress was made on the PGNiG Group’s flagship power projects involving the construction of CCGT units at the Żerań CHP plant and the CHP plant ECSW in Stalowa Wola.

High utilisation of the funds earmarked for capital projects demonstrates the agility and commitment of the PGNiG Group’s management personnel and staff – the Group spent PLN 6.6bn on CAPEX, with the figure exceeding the 2018 level. As the body responsible for supervising the performance of strategic tasks, the Supervisory Board strongly believes the measures taken last year will strengthen the PGNiG Group’s position in Poland and in international markets.

Members of the PGNiG Supervisory Board consistently pay attention to the information policy applied by the PGNiG Group companies. I am confident it is the trust placed in us by our stakeholders that helps us grow our business across segments, therefore we strive to improve our communication with existing shareholders, potential investors and other stakeholders: local communities, independent organisations and, of course, our customers.

As a securities issuer, we seek to constantly enhance our internal corporate governance policies. In 2019, we complied with a vast majority of the rules laid down in the Code of Best Practice for WSE Listed Companies 2016 currently in force. This demonstrates the PGNiG Group’s above-average level of transparency and shows its openness towards stakeholders – we foster dialogue regardless of whether we are required to do so by laws and regulations.

Changes were made on the PGNiG Management Board in early 2020 due to expiry of its members’ terms. The new members are facing a time of great challenges and hard but rewarding work. As the Supervisory Board, we strongly believe it will be equally beneficial to the PGNiG Group. On behalf of the other Members, I declare our full support in the implementation of the strategy update, which has been announced for 2020.

President of the Supervisory Board
Bartłomiej Nowak